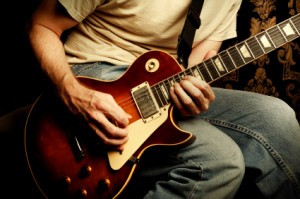 The desire of every true musician is to be recognized for their musical compositions and contribute to the continuum of good quality music. Unfortunately, with fame and recognition frequently comes opportunities to overdose, abuse substances and become addicted. Famous musicians are frequently offered alcohol, drugs, sex and other addictive substances or activities simply because of their iconic status. Not every musician accepts these offers. Some are of a very oppositional ethical standing. But many who are young and experimental jump on board for the ride and are not able to control the outcome.
When musicians are first starting out, their love for music is their driving passion, and fans and peers alike are drawn to the creative light they emit. However, their glowing appeal can be tarnished if they slip into the grasp of addiction or substance abuse. For many musicians, it simply begins as a social habit. They are invited to more high profile parties and social occasions than they have been to in the past, and are more surrounded by partying and excess then ever before. This naturally has an influence on their own lifestyle, even if they are merely trying to fit in at first. Some are more resistant than others. Some were anticipating this kind of lifestyle and cannot wait to experiment with whatever comes their way.
Overtime, substances and addictive activities become a more established part of the artist’s life. Their careers begin to revolve around it. Their music is written about it. They are under the influence when composing. Their spare time revolves around indulging. This is usually the point when a musician’s craft begins to deteriorate. Musicians who have foresight and are more resistant to addictive tendencies will rethink their decisions and clean up their acts. But those who become lost in this world of excess and indulgence are in for a very hard future.

When a celebrity musician ignores warning signs, pleas from friends and family and their own better judgment to end their substance abuse and addiction by whatever means necessary, it is consistently to their own demise. Addiction and substance abuse are paths frequented by celebrity musicians, and the extreme cases are not pretty. Highly talented artists who were well-respected for their musical abilities have been lost to addiction and substance abuse, either professionally or mortally. Some are simply brazen about their substance abuse or addiction while others badly want to quit but do not know how. Either way, doing nothing to reverse the unhealthy lifestyle often ends in professional ruin or death.

The tragic cases are the hardest ones to swallow. When a celebrity musician is addicted to something like alcohol that is seldom the cause of immediate death, it frequently ends in the ruin of their career. A drinking problem never helped anyone succeed at anything, and the music industry is no exception. Judy Garland is an example of a career that declined drastically due to alcohol abuse. Many of her later career appearances exhibited clear signs of her alcoholism. Garland, as well as artists such as Amy Winehouse, Billie Holiday and many more lost their lives to drug overdoses or alcoholism, leaving their loved ones and fans to mourn them.

On a more hopeful note, other celebrity musicians who struggle with addiction or substance abuse make a full recovery. Musicians such as Charlie Watts of the Rolling Stones and Johnny Mathis are both in their seventies, and live to tell about their personal recoveries from extreme substance abuse. For some musicians, the respect for their craft is enough to bring them back to sobriety. Others wisely seek addiction and substance abuse treatment to restore the quality of their lives and their music. This goes to show that it is never too late to regain your life, even when you are a celebrity musician receiving addictive offers as part of the job.