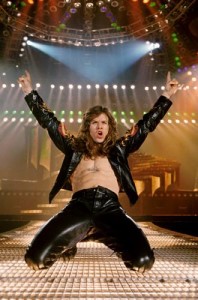 Music celebrity may initially seem like a fun circus, but ultimately, it proves to be a dizzying, nauseating ride. Most people only see the glitter and glow of the music industry: the fame, the “rock star” persona, the party lifestyle and the fan base. What they do not see is how fickle the industry is, how it will promise you success and glory beyond your wildest dreams, but in actuality, what it does is chew you up and spit you out.

Celebrity status as a musician is a very fickle, short lived thing. When it arrives, it feels like it will last forever. Celebrity musicians take their money and blow it on an extravagant existence that always features them in the lime light. They attend parties and bask in the glow of their success. The problem is, if you do not keep reinventing yourself as a musician and offering your audience new reasons to love you, they will fall away, taking your industry success and glory with them.

The substance abuse that celebrity musicians often engage in is another element of musical fame that may seem fun at first but ends with dire consequences. Music celebrities are constantly being offered drugs and alcohol as a reward for their success. Entertainment industry people and party people alike bring it to them consistently, and many people fall into the habit of using and drinking on a regular basis. As their addiction and substance abuse problems take over their careers, they are left ragged and used up, only to find that the party has moved on without them. Frequently, a musician’s drug and alcohol problem result in deteriorated health or even death.

The sex opportunities that are thrown at celebrities are also something they are known to fall head over heels for. Everyone knows that music celebrities are often sexual icons. Many of them are also aware of this and use it to their advantage, hooking up with every piece of tail that comes their way. What they do not account for is that their every move is being followed by the paparazzi who are eager to report their affairs. Sleeping around will quickly damage a musician’s reputation.