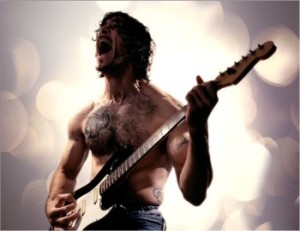 When we observe a musician who used to be famous but used their fame toward debauchery instead of developing their talent, we find this very sad. Sad that talent was wasted and sad that a person was so mislead in their priorities. If they managed to continue writing good music through their debauchery, that is one thing, but if they rose to fame only to exploit it and live a life of excess instead of advance their careers, that is a disappointment. The iconic washed up musician is a sad prospect to us, yet there are so many of them. They can be identified by their lechery, their addictive tendencies and substance abuse, and their tendency to milk their celebrity.

Lechery is a word more commonly applied to men, but it can be applied to women as well. A lecher is one who displays excessive, offensive sexual advances. Music celebrities tend to do a lot of this because they know their celebrity status commands sex appeal. When it becomes creepy is when celebrity musicians abuse their powers and overly sexualize themselves and others. Even people who used to be loyal fans of theirs will take notice of this behavior and will think less of them.

Another common trait of former music celebrities is addiction and substance abuse. This is perhaps their most well known calling card. So many musicians go down this road to their own detriment. They achieve fame and embrace the party lifestyle, accepting drugs and alcohol from everyone who offers them. They abandon their former devotion to their craft in order to be wasted full time. Not only does this jeopardize their health and safety, but it also loses them a great deal of respect among their fan base.

In general, when former celebrity musicians ride out their celebrity for its perks instead of respecting their careers and musicianship, it is very disappointing. So many musicians who have shown great promise quit working hard at their first taste of fame in order to revel in their fame. Imagine the great musical works of art that could have been created if these musicians were not distracted by the glitter of celebrity.